Craving for fried chicken? KFC is opening at Milano Centrale. 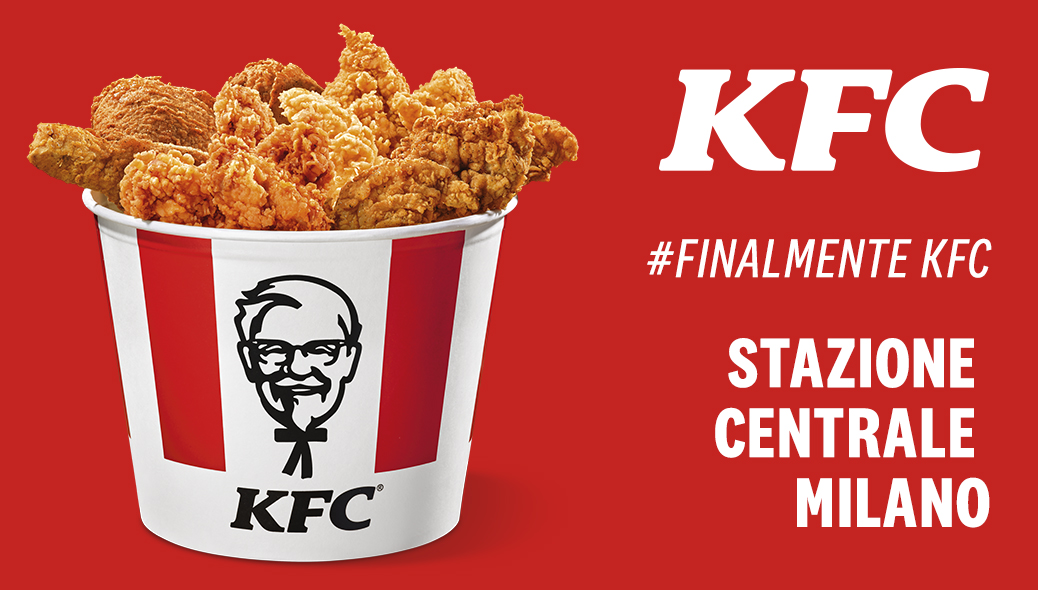 The stop-off for all travellers, especially hungry ones.

The next stop in terms of taste? The new KFC restaurant at Milan’s Stazione Centrale, opening on 13 April, where you’ll find the inimitable fried chicken made to Colonel Harland Sanders’ Original Recipe.

It was the Colonel who launched the KFC adventure over 75 years ago with a secret recipe based on a mix of herbs and spices that’s still used by KFC cooks to make fragrant and irresistible chicken on demand.

What are you waiting for? Choose who you want to share your bucket of fried chicken with: KFC awaits you at Stazione Centrale in Milan.

There’s a new Amore to discover